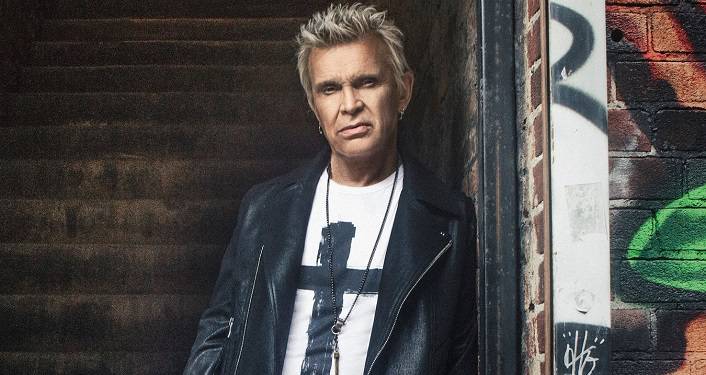 Billy Idol at The Amp

Rock icon Billy Idol will perform at The St. Augustine Amphitheatre on Tuesday, April 25, 2023.  Joining Idol is his longtime band, including his collaborator and lead guitarist of over forty years, Steve Stevens. They’ll be performing a career spanning set including Idol’s myriad of hits and music from his latest two EPs.

Idol’s latest project, “The Cage EP”, was released via Dark Horse Records last year (2022). The new music follows the release of Idol’s 2021 “The Roadside EP”, which included the Top 15 hit “Bitter Taste” and received praise from fans and critics alike. As on “The Roadside EP”, Idol is joined on the new project by Steve Stevens.

For 46 years, Idol has been one of the faces and voices of rock and roll with an artistic resume to match the brilliant light of the image. First, as the camera-ready frontman for Generation X between 1977 and 1981. He emerged with three albums that made positivity, emotional depth, and high pop synonymous with punk rock.  Then in 1982, Idol embarked on a remarkable transatlantic/transgenre solo career. It integrated clubland throb, wide-screen depth and drama, rockabilly desperation, the bold and simple lines of punk and rock and roll decadence.

His career has led Idol to being honored with the first Hollywood Walk of Fame Star of 2023 on January 13.

Click event website link to purchase your ticket(s) and for all additional information. Tickets are also available at the Amp’s Box Office, Thursday and Fridays 10:00am-6:00pm and Saturdays 8:30am-12:30pm. Payment via debit or credit card only.