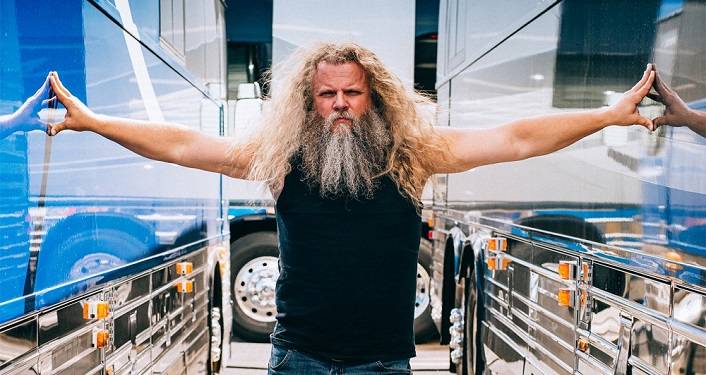 Jamey Johnson at The Amp

Country singer-songwriter Jamey Johnson, and special guest Whiskey Myers, will be at The Amp on Saturday, July 10, 2021. The concert is at full capacity.

According to the Washington Post, he’s “one of the greatest country singers of our time”.  He’s received tremendous praise from The New York Times, Rolling Stone, The Wall Street Journal and other publications, many of which have hailed his albums as masterpieces.

Eleven-time Grammy-nominated, Johnson is one of only a few people in the history of country music to win two Song of the Year Awards from both the CMA and ACMs for for “Give It Away” and “In Color”.

Genre-bending band Whiskey Myers have played more than 2,500 live shows since their emergence in 2007. And, they’va sold out 95% of their headlining shows during the most recent year of touring to ever-increasing crowds. Their self-produced fifth studio album, “WHISKEY MYERS”, out now on the band’s own Wiggy Thump Records, debuted atop the Country and Americana/Folk sales charts, at No. 2 on the Rock chart, and No. 6 on the all-genre Billboard 200 chart.

Click event website link to purchase your ticket(s). Tickets will be available at the St. Augustine Amphitheatre Box Office, open Fridays 10:00am-6:00pm and Saturdays 8:30am-12:30pm. Payment accepted via debit or credit card only.