Free Things to Do in St. Augustine, Florida

As you can see, free things to do in St. Augustine abound.

Check out our list of free things to do in St. Augustine. You don’t have to spend an arm and a leg to fully enjoy the area; this list will save you money and fill your itinerary.

Visit these attractions free of charge.

When you’re looking for free things to do in St. Augustine, it’s best to start with the attractions. Below is just a brief description of each of the free attractions in the area. For the hours of operations and other details, please go to the attractions’ website. 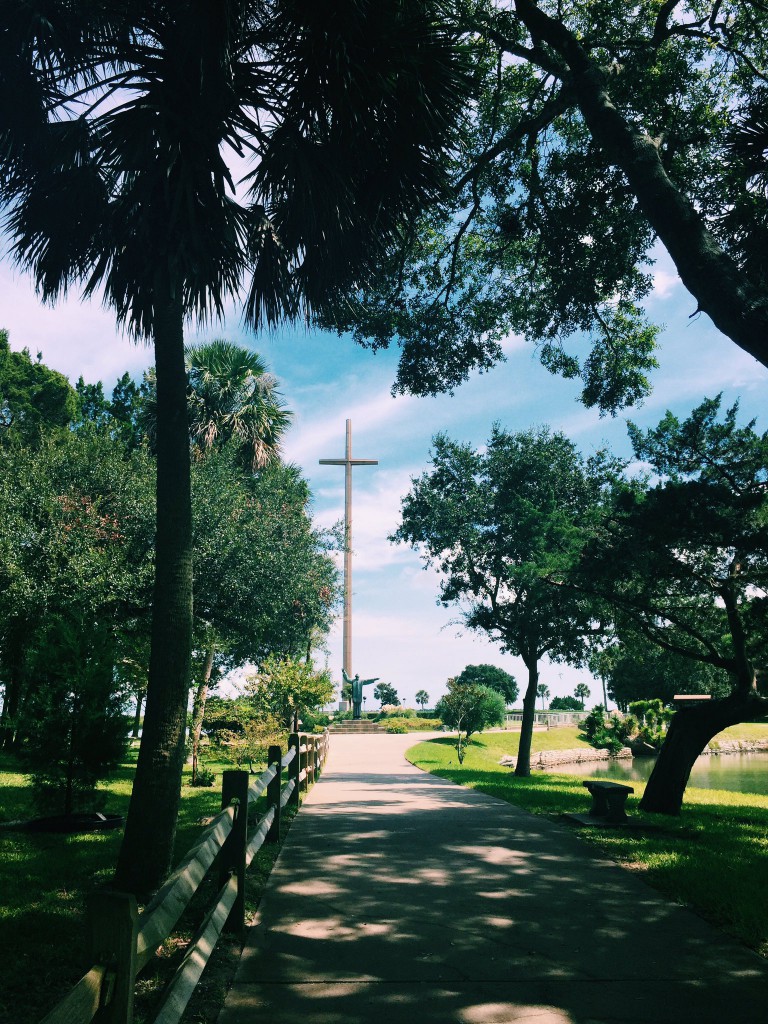 Among free things to do is to check out the famous Fort Matanzas. The fort was built from 1740 to 1742 to protect the city from being attacked by enemies coming from the south. Today, the grounds of Fort Matanzas are great for picnics and strolling. In order to to get to the standing fort, you’ll have to take a short, free ferry ride across Matanzas River. Check out our blog about St. Augustine forts here.

Fort Mose was the first free African settlement in the United States. Although the fort no longer stands, the grounds are open to tour. This area is also great for picnics and strolling. Note: There is no fee to enter the park, but there is a $2 fee to enter the museum.

The Governor’s House Cultural Center & Museum has been the home of several Governors under both Spanish and British rule. Later, it briefly became the Florida capitol and courthouse. Most recently, it was a post office and customs house.

The Memorial Presbyterian Church is an architectural beauty, constructed by Henry Flagler in 1889. The church was dedicated to Flagler’s daughter, Jennie Louise Benedict, who died the same year. Additionally, this site is one of the top 8 religious wonders to visit in the U.S.

The Mission Nombre de Dios is a Spanish Catholic mission; it is also part of the Roman Catholic Diocese of St. Augustine. The first Thanksgiving mass of the Spanish settlers, whom founded St. Augustine, was held on these grounds. In addition, the Great Cross and Shrine of Our Lady of La Leche are also located here.

Over the years, the Pena-Peck House Museum housed Spanish Royal Treasurer Juan Estevan de Pena and his wife Maria Antonia, Governor John Moultrie as well as his successor Governor Patrick Tonyn. Today it is owned by the Women’s Exchange of St. Augustine.

The San Sebastian Winery is one of Florida’s premium wineries and offers sparkling and dessert wines from Muscadine grapes.

The St. Augustine Distillery creates small batch, handcrafted spirits that capture the taste and flavors of Florida. When you tour the distillery, you’ll learn how they mix, mash, cook and distill vodka, rum, gin and whiskey.

The shrine at the St. Photios Greek-Orthodox National Shrine features exhibits depicting the life of early Greeks in the U.S. as well as the growth of the Greek Orthodox Church and the St. Photios Chapel.

Among free things to do in St. Augustine are weekly and monthly free events.

There is no entrance fee at the following markets. Each features a collaboration of vendors selling fresh produce, locally made art, woodcraft’s, plants, jewelry, and more. While some markets are year-round, others are only open seasonally. Visit each markets’ website for a better description of the event.

The First Friday Art Walk takes place on the first Friday of each month from 5 pm until 9 pm. The free event features over 30 galleries that open their doors to the public. Attendees are invited to browse the galleries and at times, meet the artist behind the art.

Lightner After Hours takes place on the last Thursday of each month from 6 pm until 8 pm. This event allows attendees to explore the first floor exhibits while enjoying cocktails, appetizers, and music by the Raisin Cake Orchestra 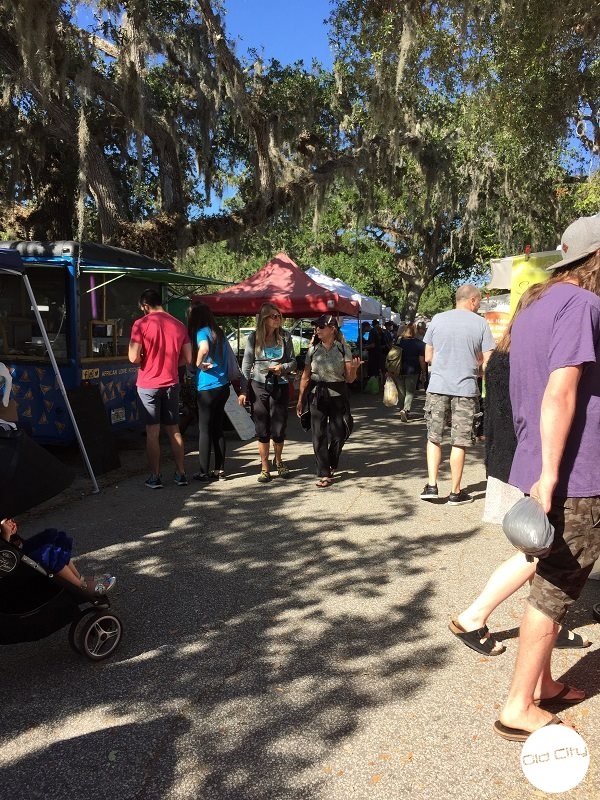 A sunny day at the Amphitheatre’s Saturday Market.

Militia Muster and Training at Fort Mose takes place on the first Saturday of each month from 9 am until 11:30 am. Attendees can watch musket firing demonstrations while the Castillo de San Marcos Militia trains with the Fort Mose Militia. Children are welcome to practice with the Junior Militia using handmade wooden toy muskets and militia uniform items.

Uptown Saturday occurs on the last Saturday of each month and celebrates the galleries, boutiques, antique shops, and restaurants of Uptown San Marco; this area of San Marco extends from Ripley’s Believe it Or Not! Museum to the Mission Nombre de Dios. Enjoy special sales, live music, shopping, and light refreshments from 5 pm until 9 pm.

West African Drum Circles takes place on the third Thursday of each month from March through October, 7 pm until 10 pm. During these gatherings, learn about drum circle rhythms and dances! Drums and hand-percussion’s are supplied. This event takes place at the St. Johns County Ocean & Fishing Pier.

Free events throughout the year.

A shot of the Old Town Trolley under the Nights of Lights.

The 4th of July Fireworks Over the Matanzas is one of St. Augustine’s largest events of the year. Fireworks begin at 9:30 pm and go off over the Matanzas Bay. However, it’s best to get there early as festivities begin earlier in the day.

The Beach Blast-Off is a free New Year’s Eve celebration on St. Augustine Beach featuring fireworks, live music, and beer and wine for purchase. The event is from 5 pm until 10 pm and fireworks go off at 8:30 pm.

The Bloody Battle of Fort Mose is a reenactment of the 1740 Spanish victory that forced British to retreat from Spanish Florida. This event typically takes place in June and is from from 9 am until 4 pm with reenactments at 12 pm and 2 pm.

Concerts in the Plaza is a free summer concert series located in the Plaza de la Constitucion. Concerts are each Thursday from 7 pm until 9 pm and feature a different local artist or band. Note: Weather permitting.

Music by the Sea is a free summer concert series located at the St. Augustine Beach Pier. Concerts are every Wednesday from 6 pm until 9 pm and feature a different local artist or band as well as a local eatery. Note: Free parking is limited in this area.

Nights of Lights is St. Augustine’s famous holiday light display where dozens of businesses downtown and the City of St. Augustine collaborate in hanging millions of white twinkling lights to turn the city into a winter wonderland. Nights of Lights begins on the first Saturday before Thanksgiving and lasts through the end of January 31.

We hope you enjoyed this long list of free things to do in St. Augustine.