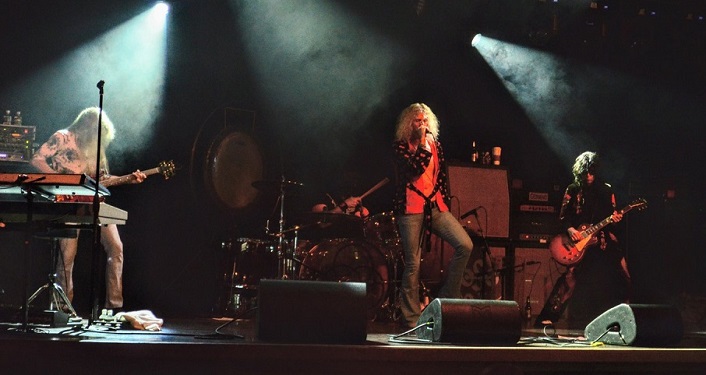 Zoso – Ultimate Led Zeppelin Experience performance at the Ponte Vedra Concert Hall that was rescheduled for Saturday, April 10, 2021 has moved to Sunday, October 17, 2021.  All previously purchased tickets will be honored at the new date.   No new ticket purchase is needed.  For those that cannot attend the rescheduled date, please click the event website link for additional information.

If you missed Led Zeppelin live in the 1970s or are looking to relive the “Hammer of the Gods” phenomenon, you must experience what the St. Petersburg Times calls “the most exacting of the Zeppelin tribute bands in existence”. Zoso–The Ultimate Led Zeppelin Experience formed in 1995 to perform the most accurate and captivating Led Zeppelin live show since the real thing.

For Zoso, it’s much more than just being a tribute. It’s about touching a golden era in music. Zoso embodies Page, Plant, Bonham and Jones in their spirit, tightly-wound talent and authenticity. Each band member has been carefully selected to portray both the appearance and playing styles of their Led Zeppelin counterparts. In 18 successful years of touring, they have perfected their art.

As one of the longest tenured Zeppelin tributes, Zoso’s 2,400 live shows around the world, including a slot at Bonnaroo in 2003, have established them as the most traveled and successful band in the market.