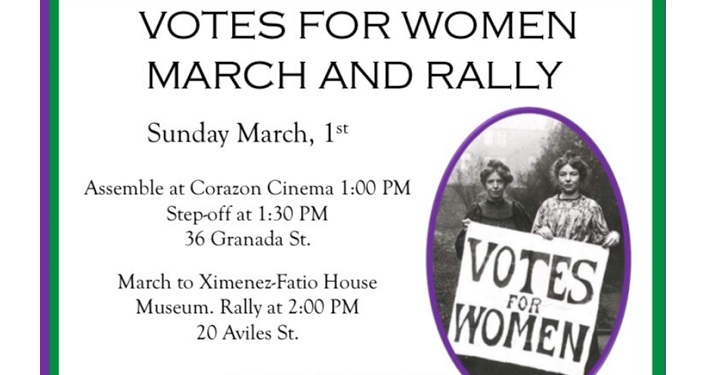 Votes for Women March and Rally

We will march to the Ximenez-Fatio House Museum (20 Aviles St.) for a Rally beginning at 2:00pm.

The Ximenez-Fatio House Museum will be open to all attendees free of charge following the rally.
Period dress is welcome, but not required.
Bring your own pro-suffrage signs!
Votes for Women sashes and badges will be sold on site.