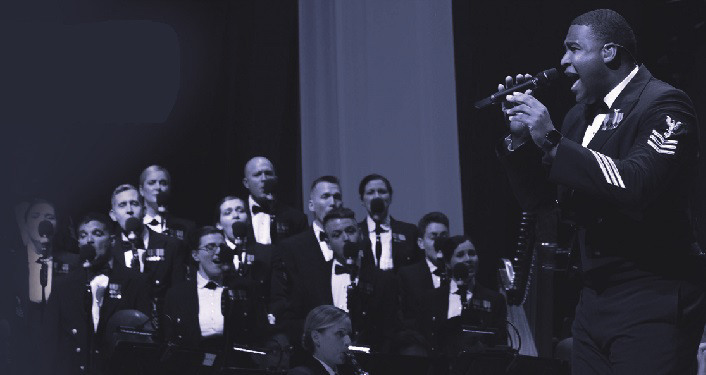 One of the signature outreach programs of the U.S. Navy, St. Augustine is one of only twenty cities in six states chosen to host a performance by the United States Navy Band during its’ 2020 tour.

As the original ensemble of the Navy Band, the Concert Band has been performing public concerts and participating in high-profile events for more than 95 years. Joined by the Sea Chanters, the official chorus of America’s Navy, and the Cruisers popular music group, the versatility of the ensemble expands to include music ranging from traditional wind band repertoire to broadway showstoppers, rhythm and blues, pop and patriotic favorites. These elite ensembles combine their world-class talents to create a dynamic musical production sure to delight audiences of all ages.