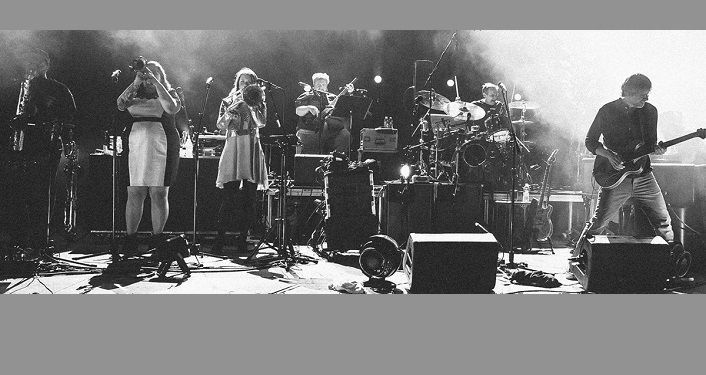 Seminal improv, rock band Phish co-founding member Trey Anastasio and his Band will be in concert at the St. Augustine Amphitheatre on Wednesday, May 29, 2019!  The St. Augustine concert is one of only two Florida dates.

Over the past three decades, composer/guitarist/vocalist Trey Anastasio has forged a multi-faceted career, winning acclaim in rock, classical and theatrical circles. He is a founding member of Phish, one of today’s most successful and innovative rock bands. He’s received GRAMMY® nominations for his recordings with Phish and for his solo work.

Since 1998, Anastasio has toured and recorded with several backup musicians, including several side-projects organized and led by the guitarist and composer. While active, his bands did not have a name. Fans commonly referred to them as Trey Anastasio Band or TAB for short. Through its’ brief history, Trey Anastasio’s band continued to add members, starting as a trio and ending as a dectet.

In the fall of 2012, Trey’s touring band, Trey Anastasio Band, returned to the road in support of “Traveler”, which also features many members of the band.  From its’ beginnings in 1998, the band has included original members Russ Lawton (drums) and Tony Markellis (bass). Over the years, the band has added Cyro Baptista (percussion), Ray Paczkowski (keys), Jennifer Hartswick (trumpet, vocals), and Natalie Cressman (trombone, vocals). The latest tour featured new-comer James Casey (saxophones, vocals).