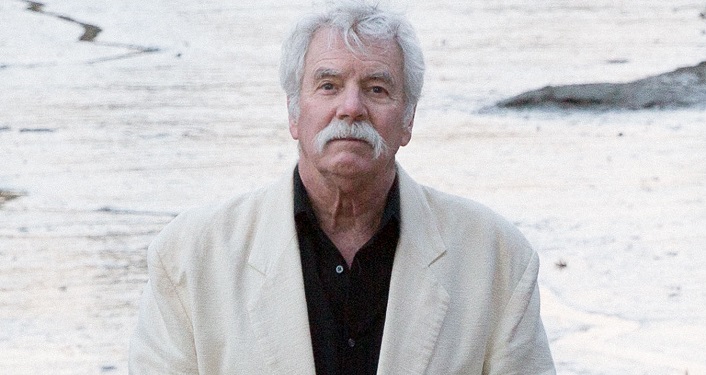 Folk icon, Tom Rush will be at the Ponte Vedra Concert Hall on Sunday, February 5, 2023.  Up and coming singer-songwriter Matt Nakoa will accompany him.

Celebrating 52+ years of touring, Tom has been thrilling audiences here and abroad with hits like “No Regrets”, “Circle Game”, “Remember Song”, “Urge for Going” and “Merrimack County”.  Rush’s impact on the American music scene has been profound. He helped shape the folk revival in the ’60s and the renaissance of the ’80s and ’90s.  His music having left its stamp on generations of artists.  James Taylor, Emmylou Harris, Tom Petty, and Garth Brooks have cited Tom as major influences.

His early recordings introduced the world to the work of Joni Mitchell, Jackson Browne and James Taylor. Subsequently, his Club 47 concerts brought attention to artists such as Nanci Griffith and Shawn Colvin.  As vital and engaging as ever, Tom is still doing what audiences love him for – writing and playing – passionately, tenderly knitting together the musical traditions and talents of our times.

Currently, Tom tours as a duo show, accompanied by up and coming singer-songwriter Matt Nakoa.  Nakoa is an internationally touring singer-songwriter, recently appearing at The White House, throughout India and regularly with Rush. Across the board, his songcraft has garnered awards, including a win at Kerrville Folk Festival’s prestigious New Folk Competition and as “Most Requested” at The Falcon Ridge Folk Festival.

Click event website link for additional information and to purchase your ticket(s). Tickets are also available at the St. Augustine Amphitheatre Box Office. Hours: Thursdays and Fridays, 10:00am–6:00pm and Saturdays 8:30am–12:30pm. Payment by credit or debit card only. The Ponte Vedra Concert Hall Box Office is open on event days only.