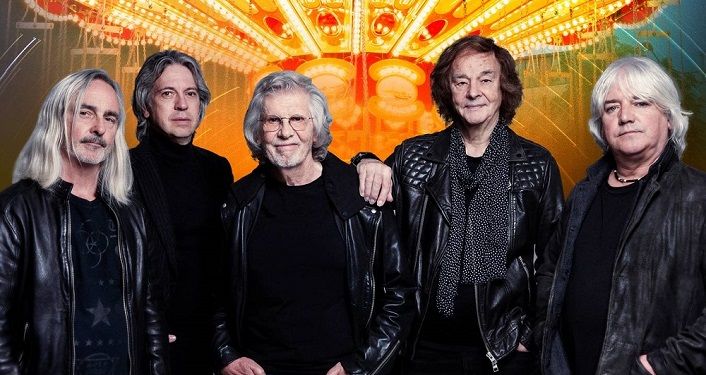 The Zombies at Concert Hall

The Zombies will perform their Life Is A Merry-Go-Round Tour at the Ponte Vedra Concert Hall on Wednesday, April 6, 2022.

The iconic British psychedelic pop legends are back to celebrate their long-awaited induction into The Rock & Roll Hall of Fame with a new album in the works and their 2022 “Life Is A Merry-Go-Round” Tour.

After receiving their 4th nomination in 5 years, the support for The Zombies’ induction among the public and their peers was undeniable.  The band placed 4th in the public online poll with over 330,000 votes. Even fellow nominee John Prine called for their induction before his own in a Billboard interview.

On March 29, 2019 at Brooklyn’s Barclays Center, The Zombies joined Stevie Nicks, Radiohead, The Cure, Def Leppard, Janet Jackson, and Roxy Music as the 2019 Class of The Rock & Roll Hall of Fame. Fittingly, the Induction Ceremony took place exactly 50 years to-the-day after The Zombies’ classic “Time of the Season” first hit #1 on the charts in America.

Click event website link for all the details and to purchase tickets. Tickets are also available at the St. Augustine Amphitheatre Box Office; open Thursdays and Fridays, 10:00am-6:00pm | Saturdays 8:30am–12:30pm.   Payment via credit and debit card only at the Box Office.