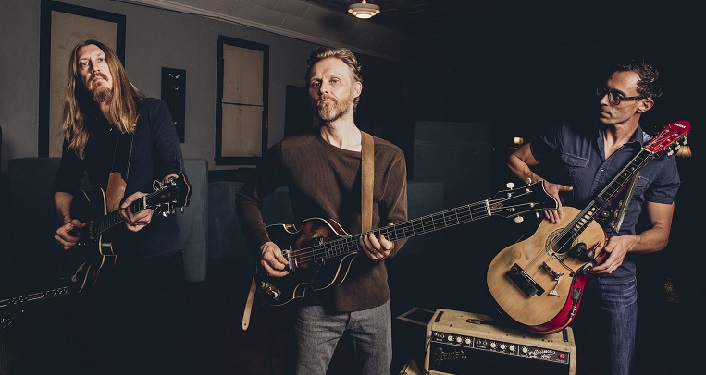 The Wood Brothers in Concert

Soulful folk trio The Wood Brothers will be in concert at the Ponte Vedra Concert Hall on Thursday, October 17, 2019.  Dubbed “masters of soulful folk” by Paste, The Wood Brothers formed after brothers Chris and Oliver Wood pursued separate musical careers for 15 years. Chris already had legions of devoted fans for his incomparable work as one-third of Medeski Martin & Wood, while Oliver toured with Tinsley Ellis before releasing a half-dozen albums with his band King Johnson. With drummer Jano Rix added as a permanent third member, it’s become quite clear that The Wood Brothers are indeed the main act.

The Wood Brothers released their 6th album, “One Drop of Truth”, in February 2018. “It’s the freest album we’ve done, the most independent album we’ve done, and was the most fun we’ve ever had making a record,” says Oliver Wood. The end result is undeniably The Wood Brothers’ most dynamic recording to date and was recognized as such when it received a Grammy Award nomination for “Best Americana Album”.  Fittingly titled, the latest entry in The Wood Brothers evolution finds three musicians being true to themselves.

Visit the Ponte Vedra Concert Hall website for additional information and to purchase your General Admission Standing tickets. Tickets can also be purchased at their box office and at The Amp box office.