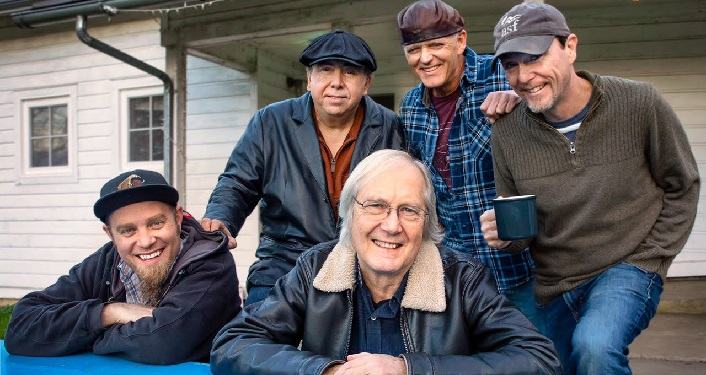 The Weight Band at Concert Hall

The Weight Band, featuring members of The Band and the Levon Helm Band, performs at the Ponte Vedra Concert Hall on Saturday, February 25, 2023.

Performing original songs as well as classics of The Band, the band is led by renowned guitarist Jim Weider.  He’s a 15-year former member of The Band, Levon Helm’s Midnight Ramble Band and Jim Weider Band. Originating in 2013 inside the famed Woodstock barn of Levon Helm, Weider was inspired by Helm to carry on the musical legacy of the Rock and Roll Hall of Fame group.

On their new album, “Shines Like Gold”, The Weight Band presents a dynamic set of classic Americana that draws upon roadhouse rock, funky swamp pop, blues, country soul and folk music. The veteran quintet shares a deep appreciation and knowledge for this music, which Weider describes as the ‘Woodstock Sound’. The Weight Band continues to serve as its’ torchbearer, with “Shines Like Gold” representing a sublime example of these masterful roots musicians at work.

Click event website link for all the details and to purchase tickets. Tickets are also available at the St. Augustine Amphitheatre Box Office. Open Thursdays and Fridays, 10:00am-6:00pm and Saturdays 8:30am–12:30pm.   Payment via credit and debit card only. The Ponte Vedra Concert
Hall Box Office is only open on event days.