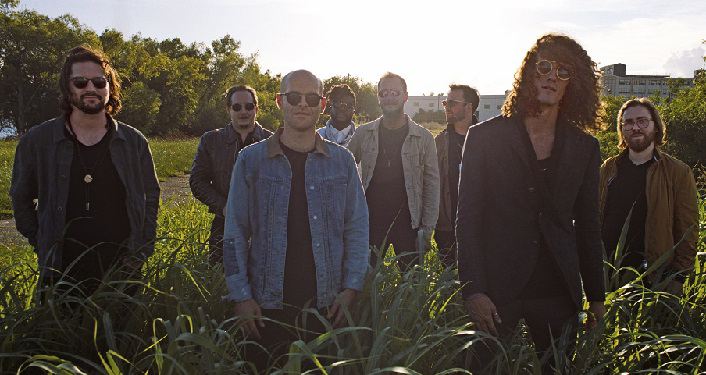 The Revivalists “Into The Stars Tour”

The Revivalists performance at the St. Augustine Amphitheatre, previously rescheduled for November 7, 2020, has been moved to May 28, 2021. The groove-oriented, New Orleans rock jam band’s original concert had been rescheduled from Thursday, May 28, 2020.

All previously purchased tickets will be honored at the new date. No new ticket purchase is needed. For those that cannot attend the rescheduled date and wish to request a refund, click the event website link.

Representing a vast swath of the country and defying regional pigeonholes, David Shaw’s [lead vocals, guitar] roots are in the Rust Belt, while Zack Feinberg [guitar], Ed Williams [pedal steel guitar] and George Gekas [bass] hail from the Tri-States.  Michael Giradot [keyboard, trumpet] and Rob Ingraham [saxophone] are from the Southwest while Andrew Campanelli [drums] cut his teeth in the DC scene and newcomer PJ Howard [drums, percussion] made his bones in Chicago.

Since forming in New Orleans, the group quietly grinded one gig, song, and album at a time. Seven years in, the lead single “Wish I Knew You” from 2015’s “Men Amongst Mountains” became a slow-burning hit. It racked up more than 200 million streams and ascended to #1 on Adult Alternative as well as Alternative radio where it set a record for most single-week spins ever at the format. A mainstream phenomenon, the song found traction at Hot AC and Top 40 and spent nine weeks on the Billboard Hot 100.