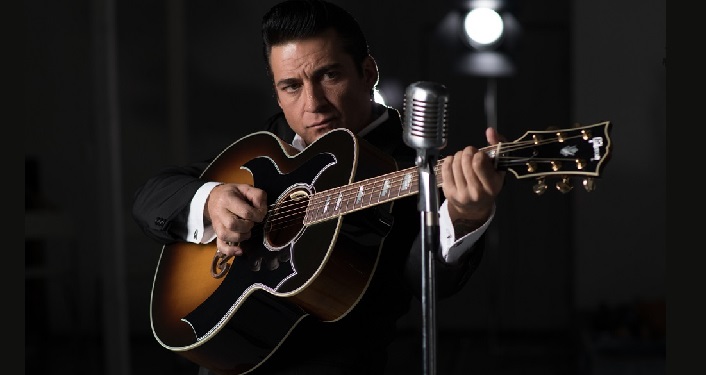 The Man in Black Tribute

Shawn Barker will be at the Ponte Vedra Concert Hall Sunday, February 26, 2023 performing The Man in Black – Tribute to Johnny Cash.

Barker took a schoolboy love for singing in church with his family and turned it into a career – a one of a kind tribute to Johnny Cash, one of America’s greatest musical icons.  Universally considered the pre-eminent Johnny Cash tribute artist, Barker has an uncanny resemblance to Cash.  His strikingly similar looks, voice, and spot-on mannerisms revitalize the true character of Mr. Cash himself.  It has led Barker to an immensely successful career performing his tribute to the original ‘Man In Black’.

After serving his country in the Army, Barker came home to Missouri and took a job as a carpenter.  He spent all of his free time learning how to play the guitar.  He developed strength and versatility in his voice by modeling his crooning on a cast of legends – Johnny Cash, Elvis Presley, Roy Orbison, Buddy Holly and Gene Vincent. His performances quickly turned from hobby to profession, but oddly enough, Barker’s first touring gigs were portraying Elvis, not Johnny Cash.  Everything changed, however, when Barker was asked to audition for the part of Cash in a Hollywood production. It became evident to the director and Barker himself that Johnny Cash was his true calling. From that point on, there was no turning back.