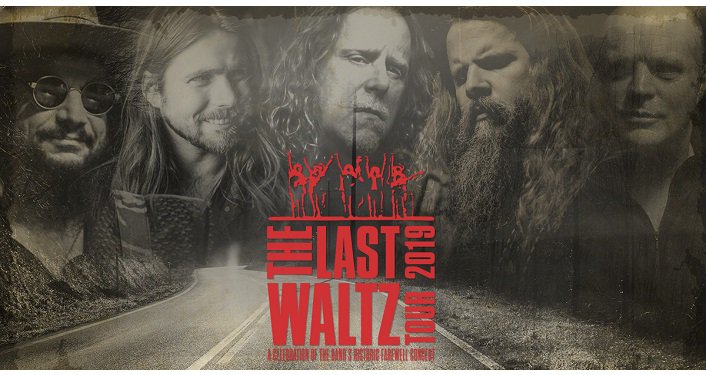 The highly acclaimed “The Last Waltz Tour: A Celebration of The Band’s Historic Farewell Concert” is making an appearance on Sunday, November 17, 2019.  This epic tour captures the excitement of The Band’s historic 1976 Thanksgiving concert at the famed Winterland Ballroom in San Francisco, hailed as one of the greatest rock concerts of all time.

Over forty years ago, The Band performed their final concert to a sold-out crowd with a who’s-who of Rock’N Roll royalty in attendance. The evening culminated with “Don’t Do It”, The Band’s cover of Marvin Gaye’s “Baby Don’t You Do It”. After the last note, Robbie Robertson, The Bands’ lead guitarist, songwriter and a founding member, said “Goodnight. Goodbye.” walking off stage, forever immortalizing this epic event.

Very special guests Cyril Neville (The Neville Brothers), Dave Malone (The Radiators), and Bob Margolin (Longtime Muddy Waters guitarist who performed with Waters and The Band in the original Last Waltz) will be featured throughout the tour.

Visit The Amp website for additional information and to purchase your tickets. Tickets are also available for purchase at the Ponte Vedra Concert Hall and The Amp box offices.