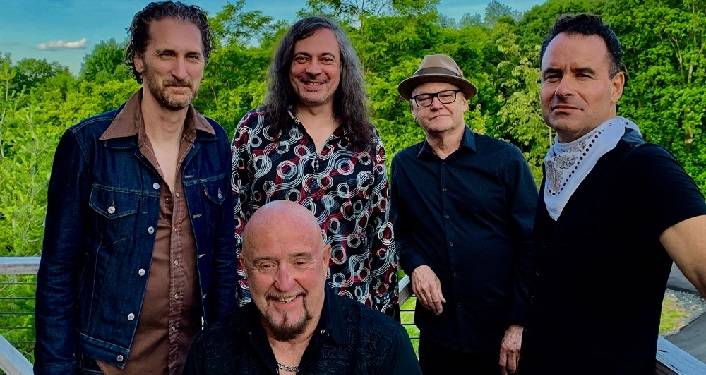 The Fabulous Thunderbirds in Concert

Texas roadhouse blues group, The Fabulous Thunderbirds featuring Kim Wilson, will be in concert at The Poncert Vedra Concert Hall on Thursday, January 6, 2022.  Also taking the stage is special guest The 77d’s.

The Fabulous Thunderbirds have been the quintessential American band for over 30 years. The group’s distinctive and powerful sound, influenced by a diversity of musical styles, manifested itself into a unique musical hybrid via such barnburners as “Tuff Enuff” and “Wrap It Up”.

Co-founder Kim Wilson, the sole original member, still spearheads the group as it evolves into its newest incarnation. “We started as a straight blues band.”, vocalist and harmonica player Wilson says. “We now incorporate a mixture of a lot of different styles. We’re an American music band and we’re much higher energy than we were before.”

In addition to Wilson, the current Thunderbirds line-up features Johnny Moeller on guitar, Steve Gomes on bass, Kevin Anker on keyboards and Nico Leophonte on drums. They continue to tour extensively, in both the U.S. and Europe. Wilson is also currently writing songs on his own, with band members and other writers.