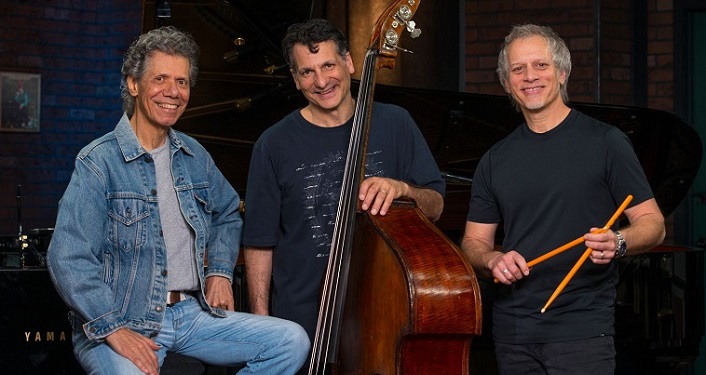 Due to circumstances beyond the artist’s control, the two Chick Corea Akoustic Band shows on December 13, 2020 have been cancelled. They’ll be rescheduled for a later date.

Refunds will be provided at point of purchase.   For more information, please click the event website link.

Chick Corea has attained iconic status in music. The keyboardist, composer and bandleader is a DownBeat Hall of Famer and NEA Jazz Master. He’s also the fourth-most nominated artist in Grammy Awards history with 63 nods, 22 of those wins, in addition to a number of Latin Grammys.

From straight-ahead to avant-garde, bebop to jazz-rock fusion, children’s songs to chamber and symphonic works, Chick has touched an astonishing number of musical bases in his career since playing with the genre-shattering bands of Miles Davis in the late ’60s and early ’70s.