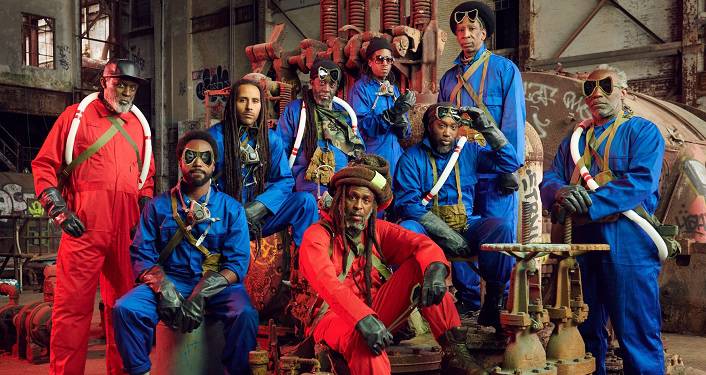 Roots reggae music pioneers Steel Pulse returns to the Ponte Vedra Concert Hall on Friday, June 14, 2019.  When it comes to the message, the UK’s Grammy winning reggae band has remained close to their roots. The group have continued their commitment to fighting injustice, educating the masses, and promoting positive messages through spiritually uplifting music. “We just can’t ignore the politics, because every life and soul that’s born on this earth is a political maneuver for someone, at some stage”, Hinds explains. “From a spiritual aspect, it’s really an upliftment through facing reality – what’s out there. We deal with positive spirits. It means putting aside the guns, the drugs and all of the things that are ailments of society – especially the black ommunities right now”.

Steel Pulse’ 1978 debut,” Handsworth Revolution”, is still regarded by many critics as a landmark and a high point of British reggae. As the ’80s wore on, slick synthesizers and elements of dance and urban R&B gradually crept into their sound, even as their subject matter stayed on the militant side. By the late ’80s, Steel Pulse had won a Grammy and were working full-fledged crossover territory, but never reached the degree of commercial acceptance. They subsequently returned to a tough-minded, rootsy sound that nonetheless made concessions to contemporary trends with touches of dancehall and hip-hop.

Visit the Ponte Vedra Concert Hall website for additional information and to purchase your General Admission Standing ticket(s). Tickets can also be purchased at their box office and at The Amp box office.