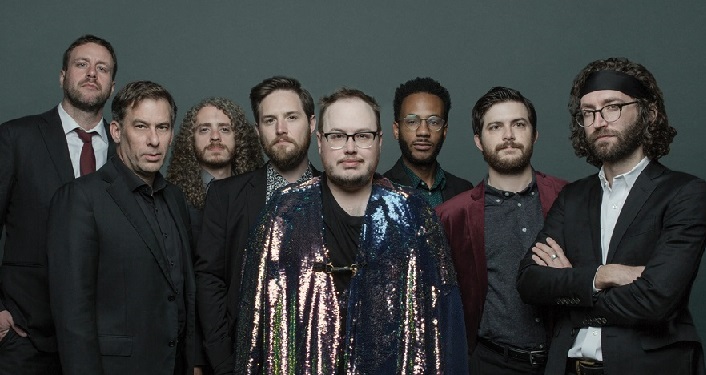 St. Paul & The Broken Bones at The Amp

St. Paul & The Broken Bones will take the stage at The Amp on Sunday, May 23, 2021.  The powerhouse soul group previously performed during the 2019 Sing Out Loud Festival.  The concert is limited-capacity with distanced seating.

The Birmingham, Alabama–based rock and roll soul band formed in 2012. They released their debut album “Half the City” in 2014 and its follow up, 2016’s “Sea of Noise”, too much acclaim. Those strong efforts helped place them on the national scene, and the band worked hard to prove they were no mere retro-soul band.

Paul Janeway’s (singer) fearless showmanship, thoughtful lyrics, and dedication to his performance soon became the band’s calling card. Paired with the inventive and skillful direction of co-band leader Jesse Phillips as well as a full eight-man roster comprised of some of the best young instrumentalists in the South, they soon became a must-see event.

With his band’s new album, “Young Sick Camellia”, Janeway has created a space for St. Paul & The Broken Bones to rival any forward-thinking band making music today. It’s based on a concept all-too familiar to him: family, and how we love them despite our differences.

Click the event website link for all additional information and to purchase your ticket(s). Tickets can also be purchase at the Amphitheatre Box Office Fridays 10:00am-6:00pm and Saturdays 8:30am-12:30pm. Payment accepted via debit or credit card only.