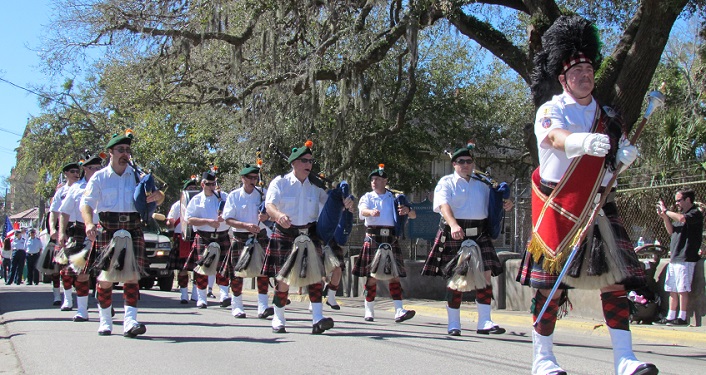 In honor of their 50th anniversary and contributions to the community, Flagler College has been named Grand Marshal of the parade. The college will be represented by current and former presidents; Dr. William Proctor, Dr. William Abare, Jr., and Dr. Joseph Joyner.

The parade winds its’ way through downtown St. Augustine along San Marco, turning on to Cathedral Pl., then on to Cordova, ending at Francis Field at the Celtic Music & Heritage Festival.