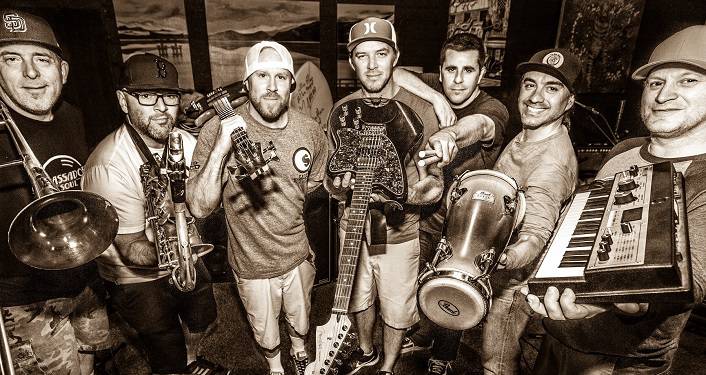 The Slighty Stoopid performance at the St. Augustine Amphitheatre on Friday, July 31, 2020 has rescheduled to Thursday, August 5, 2021.  All previously purchased tickets will be honored at the new date, no new ticket purchase is needed.  Click event website link for all additional information.

The story of Slightly Stoopid is one of brotherhood. It’s the story of Miles Doughty and Kyle McDonald, two musicians determined to succeed on their own terms, creating a multi-genre fusion of rock, reggae and blues with hip-hop, funk, American folk, metal, and punk. It’s the story of a duo that has not just survived, but thrived, keeping true to their authenticity, throughout two decades of relentless touring, and evolved songwriting.

Two decades. They’ve gone by in a blur, filled with sound checks, encores, album releases, and sold-out shows stretching from the California coastline to the UK mainland. Along the way, Pepper has sharpened its own “Kona dub-rock” sound — a blend of reggae, alternative rock, island rhythms, and punky spirit — while also building a community of fans and likeminded bands.

Common Kings has carved their own path in a saturated musical landscape. The Orange County, by way of South Pacific, four-piece was nominated for a GRAMMY for their debut album (Lost In Paradise) in 2016 and has been on an upward trajectory ever since.