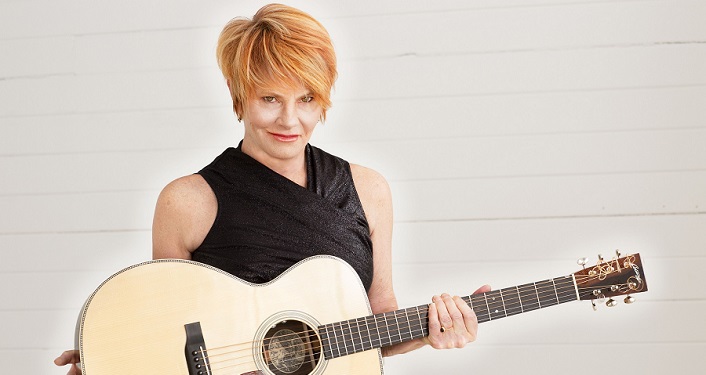 Shawn Colvin will be in concert at the Ponte Vedra Concert Hall on Saturday, February 5, 2022.   Rescheduled from Friday, March 19, 2021; all previously purchased tickets will be honored at the new date.

Colvin’s debut album, “Steady On”, released in October 1989, was a stunning introduction to an artist who quickly established herself as a mainstay in the singer-songwriter genre.  The album was lauded for its’ confessional songwriting and well-crafted melodies along with Colvin’s tender and provocative vocals.  Receiving the GRAMMY award for Best Contemporary Folk Album was the ultimate acknowledgement.  She swiftly amassed a dedicated and passionate fanbase.

To commemorate the 30th anniversary of this landmark album, Colvin has released a newly-recorded solo-acoustic version.  Colvin brings a 30-year lens to her treasured songs, casting new light on the stories she first told as a young artist.

Long hailed as an exemplary solo acoustic performer, these new recordings are a brilliant showcase for her enduring artistry. “Steady On Acoustic” strips each song to the core, placing Colvin’s songwriting masterclass on full display.