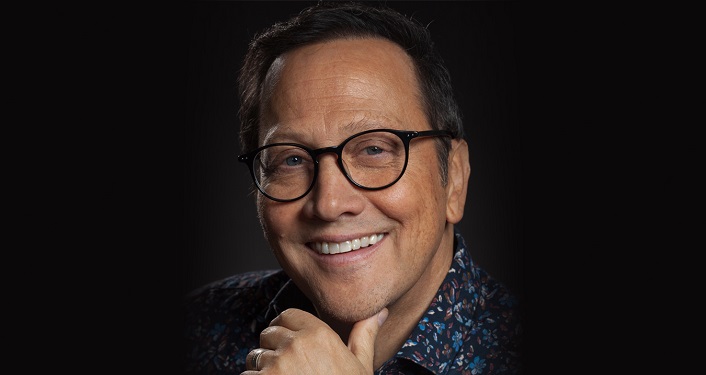 Fresh off the release of his critically acclaimed Netflix special “Asian Momma, Mexican Kids”, Schneider returns to the stage and shares his take on life, love and dinosaur dreams.  One of the most popular touring acts in comedy, he’s well known for his trademark blend of character and comedic acting.

He first came to prominence on NBC’s ‘Saturday Night Live’ along with his SNL friends Adam Sandler, Tim Meadows, and David Spade.  Schneider has starred in some of the top comedy features of the past 20 years including ‘Grown Ups’, ‘You Don’t Mess With The Zohan’, ‘Big Daddy’, and ‘The Waterboy’.

Schneider created and stars in the Netflix docu-series ‘Real Rob’, which focuses on the day-to-day hijinks of Rob’s life. The series marks the first time any actor has ever written, produced, starred in, directed and financed an entire season of a television show.

Click event website link for all the details and to purchase your ticket(s).  Tickets are also available at the St. Augustine Amphitheatre Box Office. Open Thursdays and Fridays, 10:00am–6:00pm |Saturdays 8:30am–2:30pm. Payment accepted via credit and debit card only.