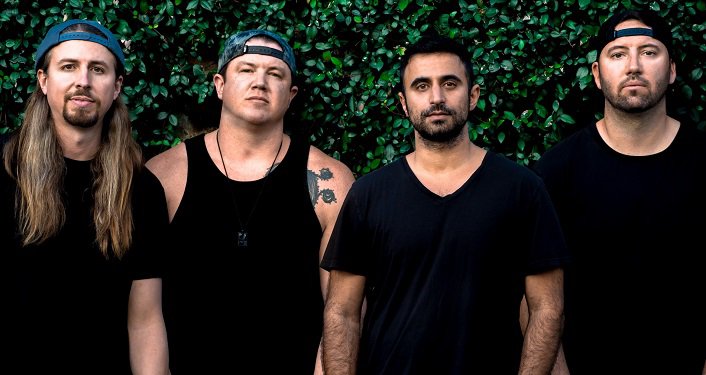 The Rebelution “Good Vibes Summer Tour”performance at The Amp has been rescheduled to Thursday, September 16, 2021.

Tickets for the original date will be honored for the new date.   No new ticket purchase is needed.  For those that cannot attend and wish to request a refund,  the deadline to request a refund is August 16, 2021.   Please click the event website link for additional information.

Rebelution is comprised of singer/guitarist/lyricist Eric Rachmany, keyboardist Rory Carey, drummer Wesley Finley, and bassist Marley D. Williams.  They’re as focused and committed as they are easygoing and laid-back.  Ever expanding, the Rebelution phenomenon continues to spread good vibes on tour and in the studio.

UK reggae legends, Steel Pulse, emerge with musical vengeance to halt the disarray of humanity. Their recent album, “Mass Manipulation”, reflects four decades of bettering mankind through music. The debut single “Stop You Coming And Come” features ancient melodies paired with catchy lyrics, transporting the mind to a period of time where secrets of an African dynasty are unmasked.

Since forming in Hawaii in 2009, The Green has become one of the most successful and beloved bands in the reggae genre. During their relatively short career, the band has been awarded a Best Reggae Album nod from iTunes in 2010 for their self-titled debut.  They’ve also received four coveted Na Hoku Hanohano awards in their native Hawai’i  – 2011 and 2014, including Group of the Year, two different Reggae Albums of the Year and Entertainer of the Year,  as well as two #1 Billboard Reggae chart debuts, along with charting on the Billboard Top 200.

Visit the St. Augustine Amphitheatre website for additional information and to purchase your tickets. Tickets are also available for purchase at the Amphitheatre box office.