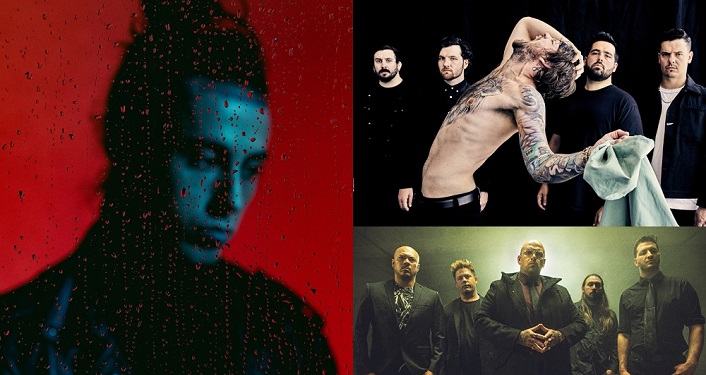 Falling in Reverse – an American rock band based in Las Vegas, Nevada, was formed in 2008 by lead vocalist Ronnie Radke. Currently the band is led by lead vocalist Radke, alongside guitarists Max Georgiev and Christian Thompson and bassist Tyler Burgess. They released their debut album, “The Drug in Me Is You” on July 26, 2011. It peaked at No. 19 on the Billboard 200, selling 18,000 copies in its first week.

Beartooth – the band Forbes declared is “inching towards a tipping point of becoming the latest arena headliner”, takes a step closer with “Riptide”. Rolling Stone introduced Beartooth as one of ’10 New Artists You Need To Know’. And they rightly described the sound as “like a nervous breakdown, usually with enough optimism to push through”.