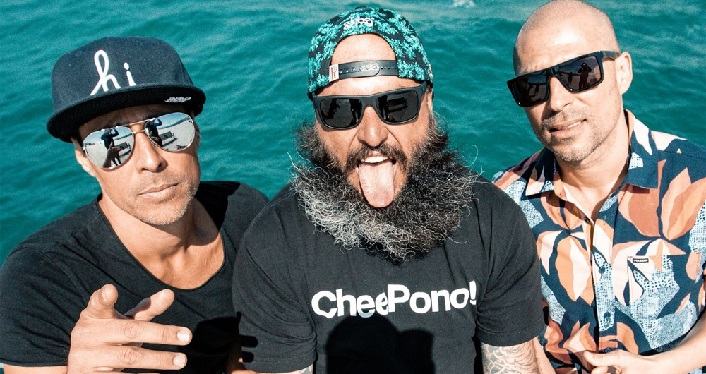 Reggae rock trio, Pepper will be in concert at Ponte Vedra Concert Hall with their Twenty Years of Kona Town Tour on Friday, March 17, 2023.

Before Pepper began building a community in its’ adopted hometown of Southern California, the group held its very first rehearsal in 1997 in Kailua-Kona, Hawaii.  Natives of the Big Island, they made a sound that nodded to their tropical roots while also moving forward into new territory.

After moving to the mainland, Pepper quickly became a popular live act.  Their diverse music allowed the group to tour the country with a wide variety of bands, including reggae icons (The Wailers), punk bands (Pennywise), reggae-rockers (311, Slightly Stoopid), and hip-hop legends (Snoop Dogg).

Meanwhile, the band’s admiration for DIY-minded groups like NOFX inspired Pepper to launch its own label, LAW Records, which gave the trio complete control over its own music. It also allowed the band to sign other acts, expanding Pepper’s circle even further.