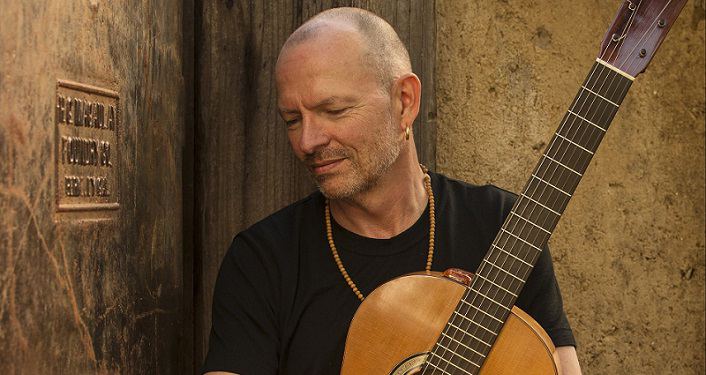 Liebert founded the first incarnation of his band, Luna Negra, in 1989.  His debut album began as a self-produced release called “Marita: Shadows and Storms”, copies of which local Native American artist, Frank Howell, distributed in his art galleries.  After the record made its’ way to radio stations, it began generating a buzz among programmers and received unprecedented response among listeners.  Higher Octave Music picked it up and released a fully remastered version, “Nouveau Flamenco”.  Recorded for less than $3,000 on an old analog machine in a shack beside a gravel pit, this CD became an international sensation, establishing Liebert’s unique border-style flamenco, and becoming the best-selling instrumental acoustic guitar album of all time.