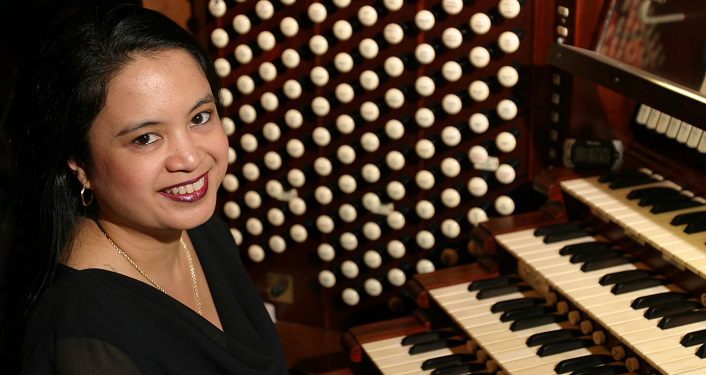 Dr. Jennifer Pascual, the Director of Music at St. Patrick’s Cathedral in New York City, will perform an Organ Concert at the Cathedral Basilica on October, 20, 2019. She’s the first woman to hold this prestigious liturgical music position.

Dr. Pacual holds a Master of Music Degree in Piano Performance from the Mannes College of Music and received the Bachelor of Music Degrees in Piano and Organ Performance and Music Education from Jacksonville University in Florida.  She’s served as an organist and choir director in the Dioceses of St. Augustine, FL and Rochester, NY, and the Archdioceses of Newark, NJ and New York City, NY, and has served at three Roman Catholic Cathedrals.

Jennifer has performed as an organist and conductor in Austria, Belgium, Canada, Ireland, Israel, Italy, Jordan, Lebanon, Palestine, the Philippines, Poland, Russia, Spain and the United States. As the Director of Music of St. Patrick’s Cathedral, Dr. Pascual had the privilege of overseeing all of the liturgical music for His Holiness, Pope Benedict XVI’s visit to New York in 2008 in addition to conducting music for the Masses at St. Patrick’s Cathedral and Yankee Stadium.

The concert is free and open to the public. An offering to defray expenses will be taken.