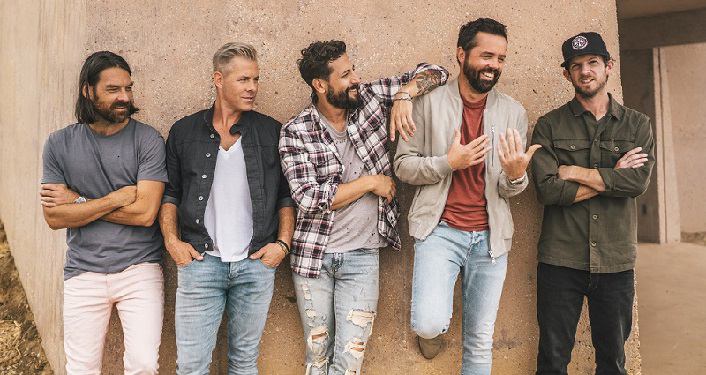 Acclaimed country band Old Dominion and their “Make It Sweet Tour”, featuring specials guests Scotty McCreery and Ryan Hurd, will be at The Amp on Saturday and Sunday, November 2 & 3, 2019.

CMA and two-time ACM Vocal Group of the Year, Old Dominion has emerged as one of the hottest breaking bands in country music, fusing clever lyrics and an infectious sound. Proving that they are not your average country band, Old Dominion blends old-fashioned country charm, lyrical wit and rock n’ roll grit into radio-friendly, hook-heavy pop nuggets.

Old Dominion’s sophomore album, “Happy Endings”, debuted at No. 1 on the Billboard Country Albums chart and No. 7 on the Billboard Top 200. Their latest single, “Make It Sweet”, follows the success of previous singles “No Such Thing As A Broken Heart”, “Written in the Sand”, and “Hotel Key”; all of which hit No. 1 on Billboard Country Airplay and Mediabase charts. To top it off, each and every single Old Dominion has released has been certified Platinum by the RIAA.

This past April, Old Dominion won “Group of the Year” at the 54th Annual ACM Awards at the MGM Grand Garden Arena in Las Vegas. The award marks the band’s second consecutive win in this category and third ACM Award overall!