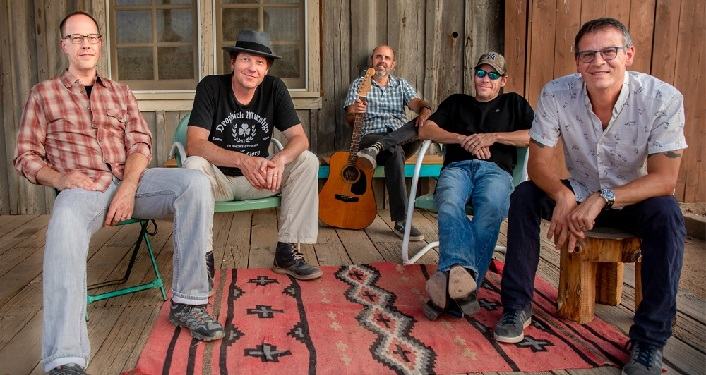 moe. is treasured for their mesmerizing musical synergy, unfettered showmanship, and smart, resonant songcraft.  For three decades, the band has corralled myriad musical forms on a truly original journey rich with crafty, clever songwriting and astonishing resourcefulness.  In fact, they’ve been hailed by American Songwriter for their “mind-bending musicality”.

Al Schnier (guitars, vocals), Chuck Garvey (guitars, vocals), and Derhak first came together at the University of Buffalo in 1990, musician-friends uniting to play for the sheer fun of it.  Finding themselves with an increasingly avid local following, moe. ventured forth … now with master rhythmatist Jim Loughlin among their ranks.

The band spent almost as much time in the studio as they did on the road, mastering their delightfully vibrant blend of inventive musicality and genre-blurring reach on now-classic LPs like 1998’s “Tin Cans & Car Tires”, 2004’s “Wormwood”, 2007’s “The Conch” and 2012’s critically acclaimed “What Happened To The La Las”.  2020’s “This Is Not, We Are” includes eight new songs, most of which were road tested over the past two years of touring.

Click event website link for all the details and to purchase tickets. Tickets are also available at the St. Augustine Amphitheatre Box Office. Open Thursdays and Fridays, 10:00am-6:00pm and Saturdays 8:30am–12:30pm.   Payment via credit and debit card only. The Ponte Vedra Concert
Hall Box Office is only open on event days.