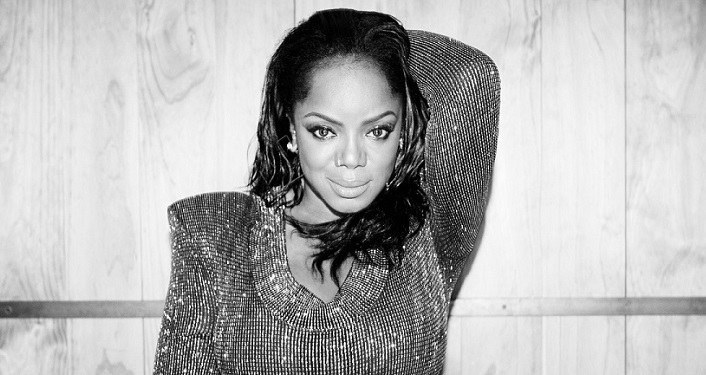 Due to illness, Leela James is unable to kick-off the “Are You Ready Tour” next week, including her performance at the Ponte Vedra Concert Hall on Friday, July 5.  Please note, tickets purchased via Ticketmaster will automatically be refunded within the next several business days. For those who purchased tickets at The Amp St. Augustine or Ponte Vedra Concert Hall Box Offices, tickets can be refunded at one of our Box Office locations.  For additional questions, please contact the Box Office at 904-209-0367.

Soulful, R&B singer-songwriter Leela James will be at the Ponte Vedra Concert Hall on Friday, July 5, 2019. What sets Leela apart from other artists, is her fearless approach to music. “The best artists stay true to who they are, no matter the scale”, James believes. These values have allowed Leela to remain a consistent figure in R&B with a discography of quality soul music spanning over a decade long.

Leela’s successful career first began when she burst onto the scene in 2006 with her debut album, “A Change is Gonna Come”.  She has since topped Billboard charts, had her music featured on the ABC hitshow, “Dancing with the Stars”, and starred on the TV One’s “R&B Divas: Los Angeles”.

Leela’s talent is undeniable among her peers in the industry and her music continues to resonate with core fans today. She’s collaborated with many acclaimed producers, toured alongside Maxwell and Ledisi, and earned countless spots on the Billboard charts, including a #1 spot on the Urban Adult Contemporary charts with the hit single, “Don’t Want You Back”, from her latest album “Did It For Love”.  Her classic albums have also earned nominations for Outstanding New Artist at the NAACP Image Awards and Best R&B/Soul or Rap New Artist at the 2008 Soul Train Music Awards.