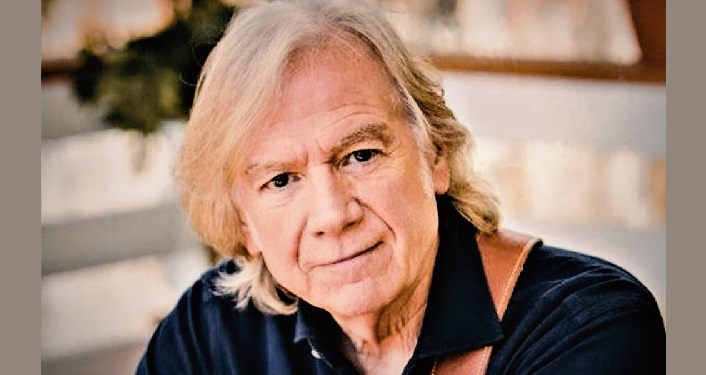 Hayward’s renowned, highly successful career in music is now in its fifth decade. He’s best known as the vocalist, lead guitarist and composer for the iconic band The Moody Blues.  Hits include the masterful “Nights in White Satin”, “Tuesday Afternoon”, “Question”, “The Voice” plus other classic, era and genre-defining hits.

Once Hayward established himself as a songwriter in his own right, he joined The Moody Blues in the summer of 1966.  Hitting his stride immediately with the single “Fly Me High”, he followed it up with the hit songs “Nights in White Satin” and “Tuesday Afternoon” from the seminal album “Days of Future Past”.

Hayward also found time to create several solo albums while The Moodies continued to record and tour at the highest level.  Albums include “Songwriter”, “Night Flight”, “Moving Mountains” and “The View From the Hill”.  He hit the Top Ten globally in 1978 with “Forever Autumn” – created for Jeff Wayne’s War of the Worlds album.

Special guest Mike Dawes will perform an opening set, as well as play guitar in Hayward’s band. Dawes is hailed as one of the world’s finest and most creative modern fingerstyle guitarists