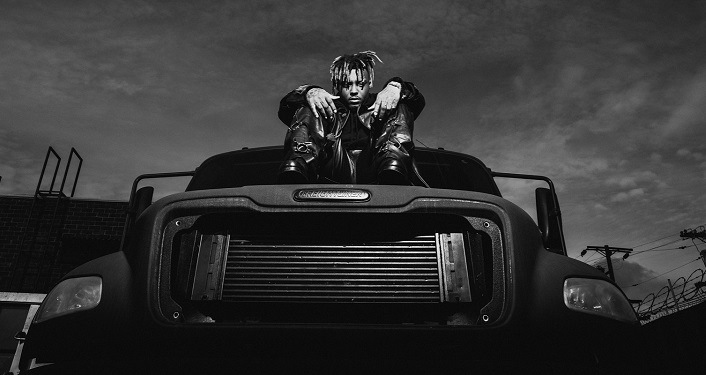 Emerging introspective underground hip-hop artist Juice WRLD is welcomed to the St. Augustine Amphitheatre on his “Death Race for Love Tour” with guests Ski Mask The Slump God and Lyrical Lemonade on Thursday, May 9, 2019.

One of the most commanding artists to emerge from the SoundCloud underground, Juice WRLDmakes introspective hip-hop that’s emotionally raw, but powerfully melodic. In 2018, the 20-year-old Chicago native earned such accolades as being named Apple Music’s Breakthrough Artist of the Year and Spotify’s Biggest Breakout Artist of 2018. That was partly due to the smash success of his four-times-platinum single “Lucid Dreams”: a genre-warping track that’s spent over 38 weeks on the Billboard Hot 100 (peaking at #2), in addition to hitting #1 on YouTube’s U.S. Top Songs Chart, #1 on Spotify’s GlobalChart, and #2 on Billboard’s Streaming Songs Chart.

Amassing more than a billion combined video and audio streams last year, “Lucid Dreams” appears on Juice WRLD’s first full-length project, the platinum-selling “Goodbye & Good Riddance”, released via Grade A Productions/Interscope Records in May 2018. Along with reaching #4 on the Billboard 200, ‘Goodbye & Good Riddance” has drawn widespread critical praise. For instance, New York Times hailed the project as “one of the year’s most effective hip-hop releases”, describing “Lucid Dreams” as “lush loner music” with a “deeply keen sense of pop efficiency”.