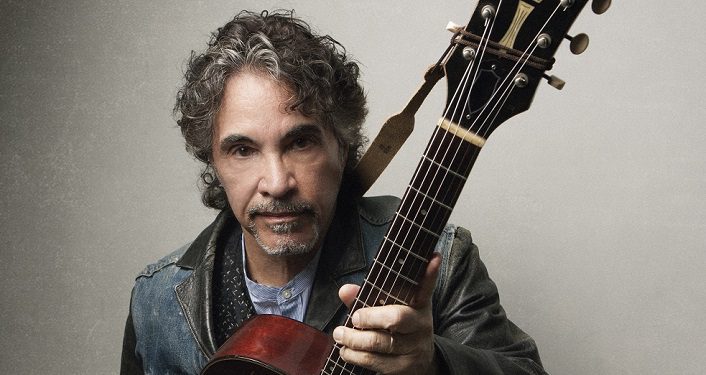 Soaking up the sounds of the 60s, John was influenced by the nascent folk scene, bluegrass, delta blues, and ragtime guitar styles, while also immersing himself in R&B legends such as Otis Redding, Sam and Dave, The Temptations, Curtis Mayfield, and Smokey Robinson and the Miracles. One of his biggest mentors was his guitar teacher Jerry Ricks, who had spent time on the road with Mississippi John Hurt and Son House, and introduced John to the music of Doc Watson and Reverend Gary Davis, passing down their signature finger and flatpicking styles.

Oates met Daryl Hall while attending Temple University in Philadelphia, PA. The two began collaborating and playing music together, marking the beginning of their historic partnership. Since their formation in the early 70s, Daryl Hall & John Oates have gone on to record 21 albums, which have sold over 80 million units, making them the most successful duo in rock history.

Now, Oates has teamed up with a number of accomplished Americana musicians, known as The Good Road Band, to deliver his sixth solo album, “Arkansas”, which was released in February 2018. Originally inspired by the music and legacy of the legendary Mississippi John Hurt, the project expanded to encompass other artists and styles that represent the dawn of American popular music from the early 1920s and 30s.

Visit the Ponte Vedra Concert Hall website for additional information and to purchase your reserved seating tickets. Tickets can also be purchased at their box office and at The Amp box office.