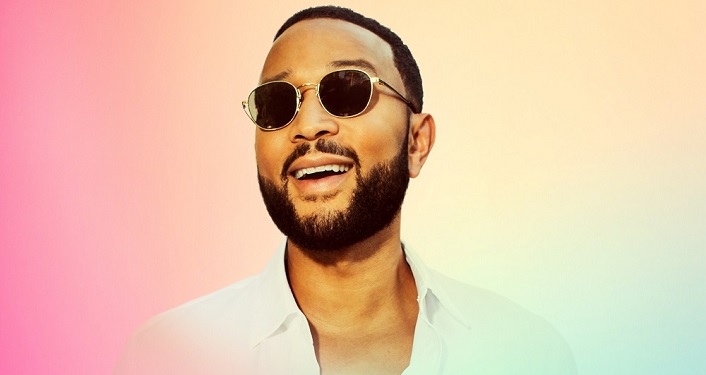 John Legend is returning to the Amphitheatre with his “Bigger Love Tour” on Saturday, October 9, 2021.  Special guest Kirby will also be performing.

The multi-platinum artist has garnered eleven Grammy awards, an Academy Award, a Golden Globe Award, a Tony Award, and an Emmy Award. That makes him the first African-American man to earn an EGOT.

Legend has six celebrated albums including, “Get Lifted”, “Once Again”, “Evolver”, “Love in the Future”, “Darkness and Light”, and “A Legendary Christmas”.   He starred in NBC’s “Jesus Christ Superstar Live in Concert” in 2018, winning an Emmy for “Outstanding Variety Special” and nominated for “Outstanding Lead Actor” (Limited Series).  In 2019, Legend joined “The Voice” for Season 16, winning with his mentee Maelyn Jarmon and is currently a judge on Season 17.

For several years, Kirby fronted prog-rock band First Time Fallen.  He released his first solo EP “Within These Walls” in 2007 before taking the figurative plunge with his next EP “The Good Fight”, in 2008.  Whether solo or with a band, Kirby displays his true passion, belting out emotional lyrics right from the bottom of his heart.  He couples that with the diversity of both a driving rock strum style and quiet thoughtful picking on the guitar.

Purchase your ticket(s) by clicking the event website link or at the St. Augustine Amphitheatre Box Office.  Hours: Thursdays and Fridays, 10:00am –6:00pm | Saturdays 8:30am –12:30pm.  Payment via credit and debit card only.