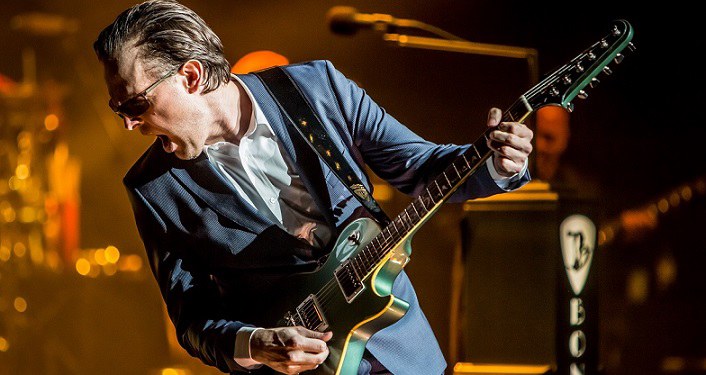 Joe Bonamassa Returns to The Amp

Blues-rock titan, Joe Bonamassa, returns to The Amp with “The Guitar Event of the Year” on Saturday, November 23, 2019.  Hailed worldwide as one of the greatest guitar players of his generation, Joe Bonamassa has almost single-handedly redefined the blues-rock genre and brought it into the mainstream. Bonamassa is one of today’s top live performers and his enthusiastic shows are one of the biggest parts of his career and a favorite for music lovers worldwide.

In 2018, Bonamassa achieved his 21st #1 album on the Billboard Blues Chart with “Redemption”, his most ambitious, barrier-breaking studio album yet. With over 30 albums to his credit, including studio and live recordings, collaborative albums with blues sensation Beth Hart, and side projects with Black Country Communion and Rock Candy Funk Party, the guitar sensation somehow always finds ways to reinvent his artistry.