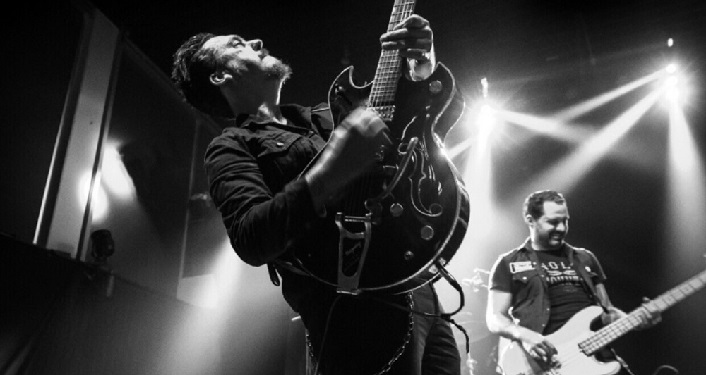 Jesse Dayton will be performing at the Ponte Vedra Concert Hall on Friday, February 17, 2023.

Dayton has over 50 songs licensed to films and has written and directed a feature film and published a memoir on Hachette Book Group aptly titled Beaumonster, in reference to his hometown of Beaumont, TX.

It’s perhaps fitting that the first ever Billboard Americana #1 album was Jesse’s 1995 debut, “Raisin’ Cain”.  In August of 2022, Jesse teamed up with emergent superstar Samantha Fish, another bandleader guitar hero, to record a collaborative album of original songs penned by Dayton, Fish, and #1 songwriter Jim McCormick. The record will be released in 2023 and will be accompanied by a world tour that promises to be electrifying, teaming two wild talents together on stage for the first time.

Click event website link for additional information and to purchase your ticket(s). Tickets are also available at the St. Augustine Amphitheatre Box Office. Hours: Thursdays and Fridays, 10:00am–6:00pm and Saturdays 8:30am–12:30pm. Payment by credit or debit card only. The Ponte Vedra Concert Hall Box Office is open, but only on event days.