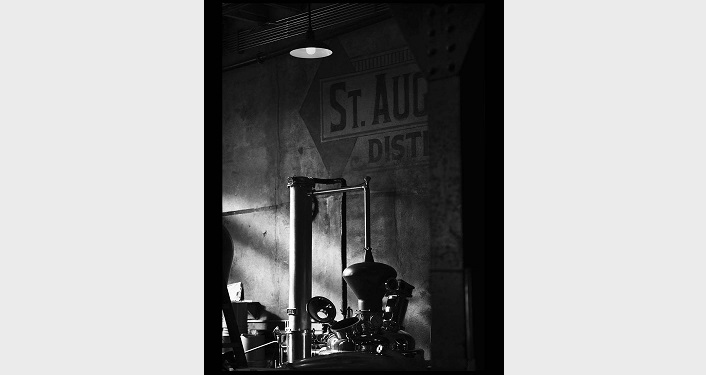 Stop in for the January An Artist Talk at Butterfield Garage at 6:00pm.   Dan Voellinger, January’s artist of the month, is becoming known in St. Augustine as the go to photographer for finding unexpected local scenes, both in black and white and color.  His photographs exude a stillness and beauty that stops viewers in their tracks. The thoughtfulness behind each shot has a lifetime of experience behind it.

Dan was born into a world of photography.  He began learning and experimenting with cameras and photography at a young age, even making his own pinhole camera, which used polaroid film. The experience of using film cameras through his early years has given him a greater understanding about planning and composing a shot.  Dan has developed an eye for recognizing and composing the “money” shot before he even lifts the camera. His experienced eye, and questioning mind observes the world as he moves thru it, looking for the unique perspective of an iconic scene.  Only then does Dan pick up his camera, and with technical acumen take the photograph.