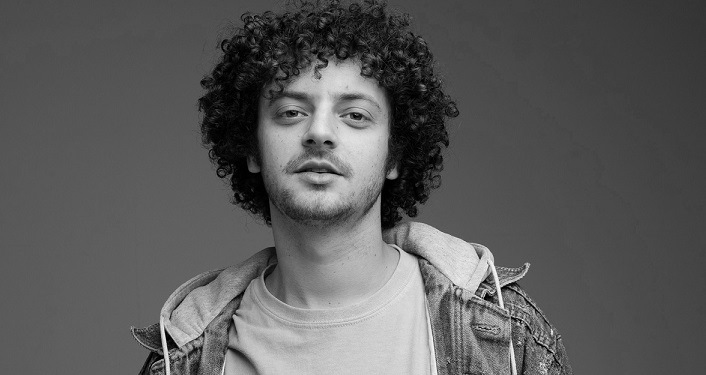 grandson “The End of the Beginning Tour”

Bluesy hard-rock, trap artist grandson will perform live at the Ponte Vedra Concert Hall on his “The End of the Beginning Tour” with guest nothing,nowhere. on Saturday, September 28, 2019.

As grandson, Jordan Benjamin combines bluesy hard rock guitars, trap-influenced beats, and lyrics about the hardships of everyday life. Benjamin grew up in Toronto in a musical family and was raised on classic rock, hip-hop, dancehall, and other genres. After teaching himself to play guitar and piano, he started beatboxing and freestyle rapping. He began recording demos of songs while a student at McGill University in Montreal.

Benjamin relocated to LA and worked on tracks with producers Kevin Hissink and HighxLand. The single “Bills”, released in September 2016, earned over a million streams and landed Benjamin a record deal with RCA. In 2017, he issued a flurry of wide-ranging singles, including “Kiss Bang” and the politically charged “War”. A pair of cautionary and topical singles, “Overdose” and “Thoughts & Prayers”, followed in 2018. Switching to the Fueled by Ramen label, Benjamin found success with his single “Blood//Water” which was featured on his debut EP, “A Modern Tragedy, Vol. 1”, later that year. Led by the single “Apologize”, a sequel EP, “A Modern Tragedy, Vol. 2”, appeared this past February.

The mysterious nothing,nowhere. is the emo-influenced project of a New England singer and songwriter who covers his face in promotional photos and makes a habit of wearing hoods while performing. He started playing acoustic guitar at the age of 12, at first attempting emo-style versions of popular rap songs. After devoting time to a series of short-lived bands throughout his teens and beyond, he decided to work solo.

The project’s first album, the “nothing,nowhere” lp, appeared in June 2015, followed by the EP “Bummer” later the same year. The EP “Where Are You?” followed on Synergy Records in early 2016. In 2017, the album “Reaper’ arrived via Pete Wentz’s DCD2 label and Equal Vision Records. It featured appearances by Dashboard Confessional and Lil West. In 2018, nothing,nowhere. released the full-length “Ruiner”, which included the single “Ornament”.