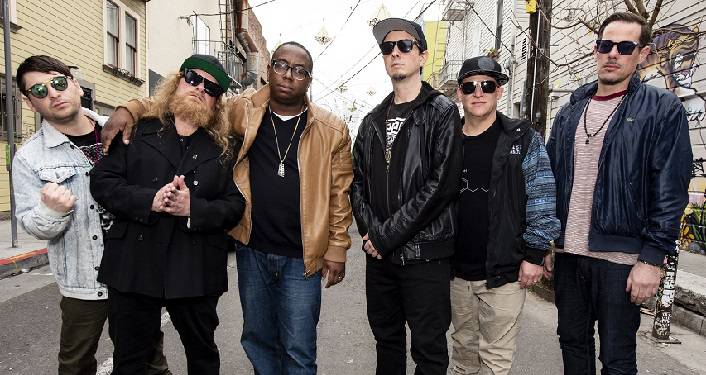 LETTUCE is: (a) the prime ingredient in a salad, (b) a slang for cash, (c) a green herb that can be smoked, (d) a genre-busting six-member funk/jazz/soul/jam/psychedelic/hip-hop/avant-garde/experimental collective formed in 1992 by four alumni of the prestigious Berklee College Of Music, or (e) all of the above.  If you answered “e”, then you’re on to the ever-changing musical palette and all-inclusive goals of LETTUCE’s sixth studio album, “Elevate” and its’ ongoing re-interpretation of the band’s name as “Let Us”.

“Elevate” (2019) is the band’s first studio album since 2016’s “Mt. Crushmore” and the follow-up to its 2017 live effort, “Witches Stew”.  “Elevate” shows LETTUCE touching on its past while moving full force into the future. The band explores its funk roots in the Tower of Power like punch of “Ready to Live”, the Prince-like swagger of “Royal Highness”, and the OG blues-soul of “Love Is Too Strong”, while expanded trip-hopsounds of the space age audio-scapes like “Trapezoid”, “Gang 10”, and “Purple Cabbage” show the influence of sax player Ryan Zoidis’ Korg X-911 synths and Nigel Hall’s Rhodes keyboards.