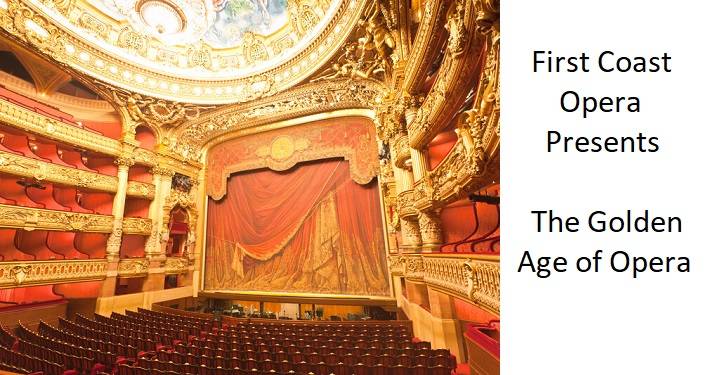 First Coast Opera “The Golden Age of Opera” at the Ponte Vedra Concert Hall. on Friday, April 1, 2022 has been cancelled.

The concert will feature works by Giuseppe Verdi, Giacomo Puccini, Charles Gounod, Jules Massenet, Richard Wagner, Richard Strauss, and others, hear why this Romantic Period has remained center stage in opera houses around the world.

“In light of current world events, First Coast Opera has shifted its upcoming concert from a focus on 19th Century Russian Opera selections to works by their contemporaries in Italy, France, and Germany. The Golden Age of Opera predates the former Soviet Union and the current Russian regime. While we feel this music should be heard, our company and our artists, which includes both Ukrainian and Russian guest artists, feel compelled to postpone our exploration of Russian musical culture to a future time when, hopefully, it can be celebrated without the lingering dark cloud of aggression and war.”

Tickets for the Concert Hall are also available at the St. Augustine Amphitheatre Box Office. Open Thursdays and Fridays, 10:00am-6:00pm and Saturdays 8:30am–12:30pm.  Payment at Box Office via credit and debit card only.