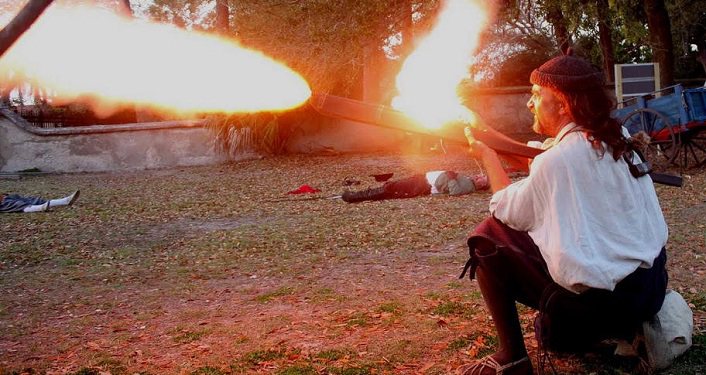 Drake’s Raid in an annual reenactment of the attack of the land and naval forces of Sir Francis Drake against Spanish San Augustin in June of 1586. What he couldn’t steal, he burnt to the ground.

Saturday, May 14, 2022 — 7:00pm-9:00pm
The sacking and burning reenactment of town – a battle between Spanish town’s brave defenders and the English privateers and brigands of Francis Drake.  From the Santo Domingo Redoubt near the Old City Gates, proceed down St. George Street, and conclude at the Governor’s Palace at the Plaza de la Constitución.

Saturday, May 14, 2022 — 10:00am-4:00pm
Drake’s Encampment will take place at the Oldest House Museum where drills, demonstrations, and 16th century living history interpretations will be presented.