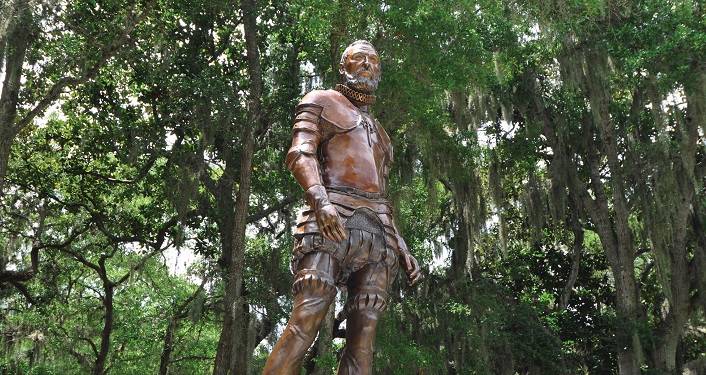 The public is invited to the annual Don Pedro Menendez Birthday Celebration on Tuesday, February 15, 2022 at 11:00am.

To mark his 503rd birthday, there will be a brief wreath-laying ceremony at the base of his statue in front of City Hall.  The ceremony includes a processional in front of his statue by a group of reenactors from Historic Florida Militia. There will also be remarks by Mayor Tracy Upchurch.

Though not widely known, the area in front of City Hall was named Parque de Menendez in a ceremony on February 15, 1978 by the City Commission and attended by the Ambassador of Spain to the United States. The statute itself, a replica of one in Avilés, was given by “the People of Avilés, Spain to the People of St. Augustine, Florida”; on September 8, 1972.