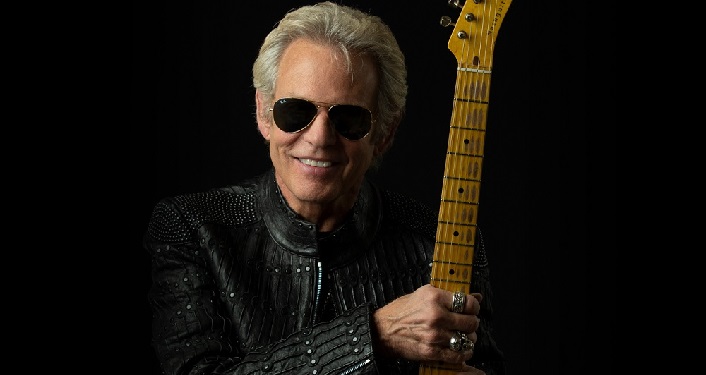 Felder is a 1998 inductee into the Rock & Roll Hall of Fame with the Eagles.  He’s also a New York Times best-selling author as well as a true American rock and roll guitar hero.  He spent 27 years with the Eagles who own the fine distinction of recording the top-selling album of all time -“Their Greatest Hits” (1971-1975).  It has sold over 38 million copies and counting.

His iconic double necked guitar was featured in the Metropolitan Museum of Art’s Play it Loud exhibit in May 2019. It’s the first major exhibition in an art museum dedicated entirely to the iconic instruments of rock and roll. And, it is currently on display in the Rock & Roll Hall of Fame’s exhibit of the same name.

Felder was inaugurated into the Musicians Hall of Fame and Museum in Nashville in 2016 and the Florida Artists Hall of Fame in 2017. His most recent solo album “American Rock ‘N’ Roll” was released on April 5, 2019.

Click event website link for all the details and to purchase your ticket(s).  Tickets are also available at the St. Augustine Amphitheatre Box Office. Open Thursdays and Fridays, 10:00am–6:00pm |Saturdays 8:30am–2:30pm – payment accepted via credit and debit card only.