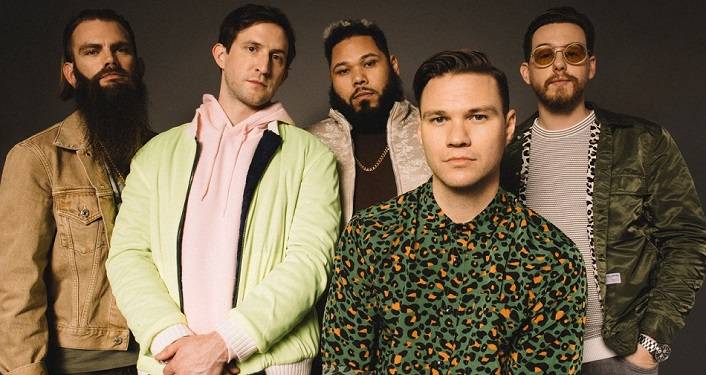 Dance Gavin Dance will be at the Ponte Vedra Concert Hall on Tuesday, May 17, 2022 with special guests Memphis May Fire, Volumes, and Moontooth.

Volatile, post-hardcore outfit Dance Gavin Dance deliver thrashing, emo-leaning anthems performed over the years by a frequently shifting lineup anchored by stalwarts Will Swan (lead guitar, vocals) and Matt Mingus (drums).  The Sacramento-based band steadily climbed the charts over a series of albums until mainstream success found them in the mid-2010s.

Ten years into their career, 2016’s “Mothership” landed at number 13 on the Billboard 200 with its 2018 follow-up, “Artificial Selection”, performing nearly as well at number 15.  Dance Gavin Dance maintained a steady ascent of the Billboard charts and their sixth album, 2015’s “Instant Gratification”, made it all the way to number 32. This set the table for a successful tenth anniversary tour later that year.

The lineup responsible for these later standouts remained stable and Dance Gavin Dance headed into their next decade with 2020’s “Afterburner”. Their tenth studio album, “Afterburner” saw a number of returning guests including Andrew Wells, Strawberry Girls’ Zachary Garren, and Veil of Maya’s Marc Okubo.