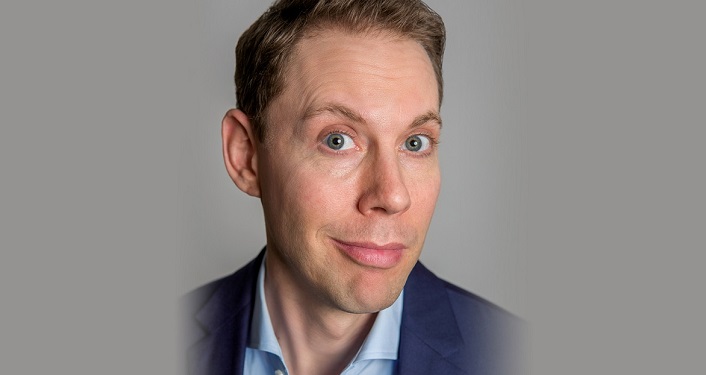 Comedian Ryan Hamilton will take to the stage at the Ponte Vedra Concert Hall on Thursday, February 3, 2022.

Armed with the unique perspective of growing up in rural Idaho to become a favorite in the New York stand-up comedy scene, he’s one-of-a-kind.  Rolling Stone has named Ryan one of their Five Comics to Watch.

Ryan’s one-hour Netflix stand-up special, Happy Face, has been reviewed as “the special you can’t watch enough times”.  This has been followed by a wealth of television appearances and a nonstop headlining tour.  Recent appearances include The Tonight Show Starring Jimmy Fallon, The Late Show with Stephen Colbert, and Conan, as well as opening spots for Jerry Seinfeld and Jim Gaffigan.

lick event website link for additional information and to purchase your ticket(s). They’re also available at the The St. Augustine Amphitheatre Box Office; open Thursdays and Fridays 10:00am-6:00pm and Saturdays 8:30am-12:30pm. Payment via debit or credit card only.