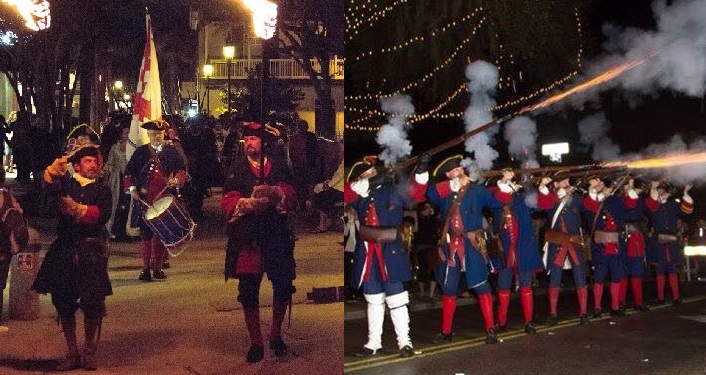 Join us for Colonial Night Watch Events on Saturday, December 3, 2022.

7:00pm — take in the Colonial Night Watch Torchlight Parade. Starting at the Castillo de San Marco, re-enactors march to the City Gates where the public is invited to join in or watch from the sidelines. The parade proceeds down St. George Street, ending at the Government House where there are speeches of “welcome”. After three “Volleys of Joy” are fired by the troops, all are invited to join in signing old tyme Christmas Carols.