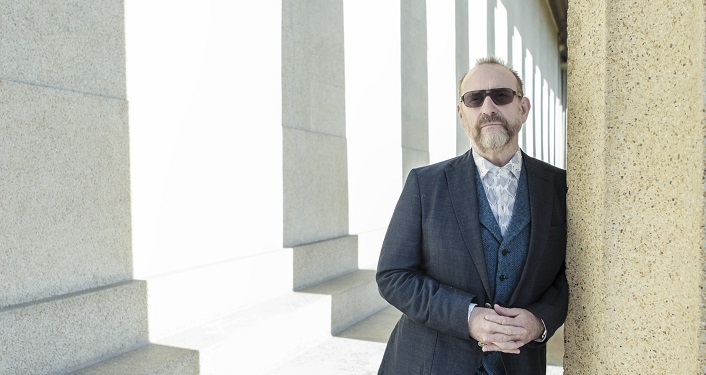 Colin Hay will be in concert at the Ponte Vedra Concert Hall on Sunday, April 24, 2022.  The performance was previously scheduled for Saturday, May 1, 2021.  All previously purchased tickets will be honored at the new date.  No new ticket purchase is needed.

Hay is familiar to millions as the frontman, songwriter and vocalist of pop sensation Men at Work (“Down Under”, “Overkill”, “Who Can it Be Now?”).  He’s justifiably proud of his place in pop history. Since moving to Los Angeles in 1989, he’s made 11 critically-acclaimed solo albums, including the most recent release, “Fierce Mercy”.

“Fierce Mercy” is an epic, cinematic step forward from Hay. It explores themes of love and loss, mortality, and even the odd UFO sighting, but always with the singular perspective and insightful wit that define Hay’s work. He has created a new classic in his impressive repertoire (this is his 13th solo release), using a palette of pop songcraft, Americana flourishes, and soundtrack-ready strings.