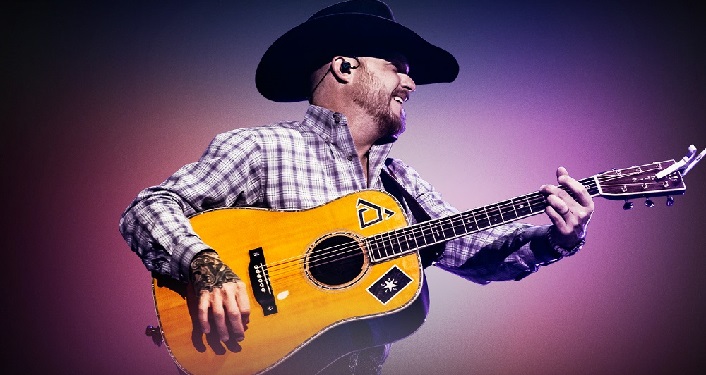 Cody Johnson at The Amp

Johnson is known for his explosive live shows and electrifying stage presence.  With his following of passionately loyal fans, he regularly sells out shows across the country.  MusicRow predicts Johnson “just might be the future of real country music”.

In the last year, Johnson’s released a critically acclaimed, award-winning feature-length documentary (Dear Rodeo: The Cody Johnson Story) and delivered two celebrated albums (Human The Double Album and A Cody Johnson Christmas).  He’s seen his platinum-selling “’Til You Can’t” single reach the #1 position on both the Billboard Country Airplay and Mediabase charts in addition to the top spot on Billboard’s airplay, streaming and sales-based ‘Hot Country Songs’ chart.  He’s also added more RIAA platinum and gold singles and album certifications bringing his career total to 12 certifications as well as played sold-out concerts and more. In fact, Johnson increased his worldwide streams by nearly One Billion in 2021, growing from Two Billion to over Three Billion streams.

Click the event website link for additional information and to purchase your tickets.  Tickets are also available at the St. Augustine Amphitheatre Box Office; open Thursdays and Fridays from 10:00am-6:00pm, Saturdays from 8:30am-12:30pm. Payment via debit or credit card only accepted.