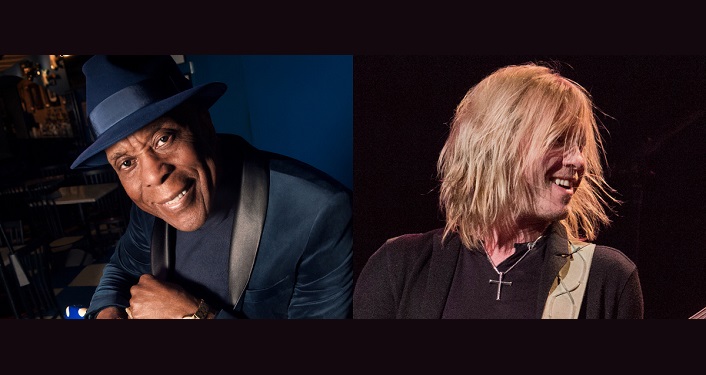 Buddy Guy and Kenny Wayne Shepherd Band have rescheduled their November 14, 2020 performance at the Amphitheatre to Saturday, October 30, 2021.  All previously purchased tickets will be honored at the new date.  No new ticket purchase is needed.  Click the event website link for additional information.

The incomparable Buddy Guy was inducted into the Rock ‘N’ Roll Hall of Fame in 2005, adding to his list of more than 30 awards and accolades.  His career spans more than 50 years with more than 50 albums that he’s released.  His latest, “The Blues Is Alive and Well”, released in 2018, says it all.   The legendary blues artist’s eighteenth solo LP showcases his raw and unadulterated sound.  Its’ fifteen tracks are a true pleasure for aficionados and genre newcomers alike.

There are few artists whose names are synonymous with one instrument and how it’s played in service to an entire genre. Utter the phrase “young blues rock guitarist” within earshot of anyone with even a cursory knowledge of the modern musical vanguard and the first name they are most likely to respond with will be Kenny Wayne Shepherd. The Louisiana born axe man and songsmith has sold millions of albums while throwing singles into the Top 10, shining a light on the rich blues of the past and forging ahead with his own modern twist on a classic sound he has embodied since his teens.