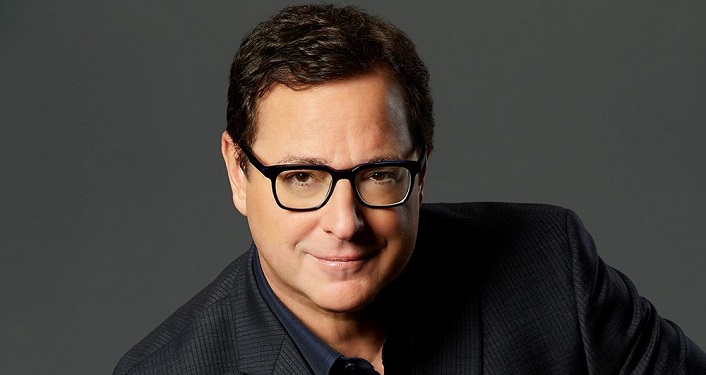 Bob Saget is at the Ponte Vedra Concert Hall on Saturday, January 8, 2022.

Saget has starred in many successful television shows, including two of the most family-friendly shows network TV has ever produced; “Full House” and “Americas Funniest Home Videos”. He’s also an out of his mind, Grammy nominated standup comedian for over thirty years.

From his latest Amazon special “Zero to Sixty”, to his HBO special, “That Ain’t Right”, to his scene-stealing cameos in “Entourage” and “The Aristocrats”, it’s always effective as Saget embraces his mischievous side.

Bob’s 2013 one-hour stand-up special, “That’s What I’m Talkin’ About”, was nominated for a 2014 Grammy Award for Best Comedy Album. His book, Dirty Daddy is a New York Times Best Seller; his successful six season run on the hit Netflix series, “Fuller House” ended in 2020. His independent film, “Benjamin”, was released in 2019.  And, in April of 2020, Saget launched his podcast, “Bob Saget’s Here For You”, now at 100 episodes, featuring amazing guests, including: Tiffany Haddish, Bill Burr, Jason Sudeikis and Bob Newhart.